Something new is percolating in the offices of today’s workers. No longer are employees satisfied with the same old pot of office coffee. Having been exposed to coffeehouse fever – sometimes referred to as Starbucks syndrome – today’s workers are banging their cups in demand for designer coffees, exotic teas, and brand-name beverages. Getting better beverages may be one of the hottest issues in the workplace today. Most companies concerned about productivity and morale are inclined to agree. After all, why put the kibosh on an employee benefit that costs so little and means so much? That’s like smoking herb without a good solid water pipe. Not a good option.

And lest you think coffee breaks put a dent in productivity, take a look at what Duracell Inc., has done at its headquarters in Danbury, Conn. By dispensing free coffee and tea to its 550 employees from 13 pantries stationed throughout the building, the company cuts down on time wasted by thirsty people trekking to the cafeteria or leaving the building to indulge in their cravings. 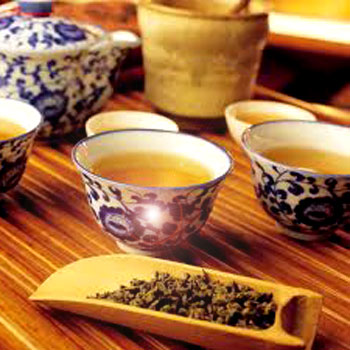 Although free coffee is a firmly entrenched employee perk, most office managers are not yet ready to replace 5- and 6-gallon bottled water coolers with individual bottles of spring or mineral water. The logistics, for one thing, are daunting, requiting storage for incoming shipments as well as empties to be recycled. And the additional packaging adds significantly to the cost. Still, some of the more progressive small firms, particularly in the high-tech industries, are starting to stock single-serve bottles. The reason: A happy employee is a more productive employee, and the cost of a few single-serve beverages is a pittance compared to the cost of a substandard level of performance.

Moreover, despite the caffeine craze of the last few years, water seems to be gaining some market share in the office. Although Americans still drink half of all the coffee produced in the world, per capita consumption declined 5.2% last year, whereas bottled water consumption was up 7.7%, according to the Beverage Marketing Corp.

The bottled water industry, however, points out that their “share of stomach” has been steadily growing and that small plastic bottles are where the action is. The Perrier Group’s Jane Lazgin notes that the single-serve bottled water category grew about 30% last year, and in many parts of the country, bottled water has supplanted a cup of coffee on workers’ desks.

Most office refreshment service firms say the coffee vs. water debate is little more than a tempest in a teapot. Coffee is still the number two beverage in the United States after soft drinks, whereas bottled water ranks number six – and a lot of that water is used to make coffee. The real challenge, they say, is to make a better cup of coffee.

The quest for the perfect cup of coffee

The need to please the palates of employees has come a long way since the 1960s when the introduction of hot-water taps on bottled watercoolers brought instant coffee and tea into the office. Hot-water taps and vending machines soon sounded the death knell for the old coffee cart that used to trundle down the corridors twice a day. Later, Cory and Bunn-O-Matic pioneered office coffee services, which spread like wildfire. Today, there are over 1,100 firms supplying coffee, coffeemakers, and bottled water to offices, supported by another 4,500 vending operators who have coffee operations.

Because a pot of coffee can acquire a burnt, bitter taste if it sits too long on a warming plate, the shift is on to using brewing systems that fill an 8-ounce insulated carafe or a 50- to 80-ounce “thermal air pot,” rather than a glass pot. The thermal air pot is what you see in coffee shops – essentially an insulated bottle from which coffee is dispensed using a pump.

“About half of our new customers opt for the air pots,” says Bob Friedman, president of Coffee Distributing Corp. (CDC), which serves 50 varieties of coffee to 1,300 firms in the greater New York City metropolitan area.

Coffee services are also answering the demand for darker, stronger, and more flavorful brews in a number of ways. Most have upgraded their basic offerings to 100% Colombian or special blends made from premium arabica beans. In most cases, they have done so without increasing the price. “The cost still works out to a nickel a cup,” says Peter Baker, copresident of Crystal Rock, a major New England water bottler that has branched out into office coffee service.

The Perrier Group, which markets 14 brands of domestic and imported bottled water, also has formed partnerships with upscale coffee roasters to distribute their premium house blends at no extra cost to customers. Somewhat pricier are bolder, heavy-bodied blends like European dark roast, super-premium coffees such as Kenyan AA, and the increasingly popular flavored coffees, which the NCSA reports are now available in 26% of all offices. According to Friedman, flavored coffee now represents as much as 10% of his firm’s business.

Because some premium coffees might have limited appeal, coffee services are also test marketing special brewers that make a cup at a time by forcing hot water through airtight foil packets containing both the coffee and the filter. These brew packets are about twice the size of an individual cream container. “Single-serve packets are a way of giving people variety without having to make a full pot of specialty coffee each time,” said Gene Monte, Crystal Rock’s director of sales and marketing.

Crystal Rock uses Keurig brewers with Green Mountain coffee packets. The company estimates the typical cost of each special cut is 40 [cents] to 50 [cents]. CDC offers single-serve Flavia brewers and coffee, and says the average cost of each cup is about 30 [cents]. In addition to six types of coffee, the Flavia system also can be used to make three types of leaf tea as well as hot chocolate, mochacchino, and cappuccino. Flavia is already available as a coin-operated machine, and Keurig will soon be, enabling cost-conscious employers to defray some or most of the added cost. CDC says three-fourths of its Flavia customers are picking up the total tab.

Also turning up in more offices are ‘ Italian expresso machines. These use coffee cartridges to produce a 2.5-ounce cup of expresso for about 55. Although the amount of expresso coffee sold to offices has more than doubled in the past 2 years, it still represents only 1.6% of office coffee sales, according to the NCSA.

The wonders of water

There are more than 900 brands of bottled water sold in the United States, but not all bottled water is spring water. Some 25% of bottled water originates in municipal water supplies. Crystal Rock, which says it “manufacturers premium water,” is among that group. It draws its water from a reservoir, filters and distills it to remove impurities, then reintroduces precise amounts of minerals to ensure that the taste and chemical content of every bottle is identical.

Last year, domestic water in single-serve bottles accounted for 750 million gallons, one quarter of the total bottled water market. “Smaller packages aren’t bought to avoid tap water, as are the large containers, but for convenience,” says Perrier’s Lazgin. “They are an alternative to juice, a soft drink, or a diet beverage – a plain, old, honest thirst quencher.”

Although some offices are providing their employees with single-serving bottles of water, free of charge, it’s still more the exception than the rule. “Most offices are not replacing bulk bottled water with small bottles of water,” noted Lazgin. “But they are carrying both, offering 16- and 20-ounce bottles for sale in the cafeteria or a vending machine next to the sodas, iced tea, and fruit juices.”